According to earlier publications, due to a number of unfavourable macroeconomic factors and the resulting internal business decisions of the Bank, despite measures taken by the Management Board to optimise the financial results, the negative financial result of BRE Bank after Q4 grew and amounted to PLN 200,077 thousand for the Bank alone and PLN 379,221 thousand including the (equity method) valuation of subsidiaries. The negative financial result of the Group was PLN 381,102 thousand after Q4 2002   while the consolidated total assets grew to PLN 27,516,068 thousand. The Bank started a new year with a reorganised structure and increased provisions providing an incentive for further growth in 2003. 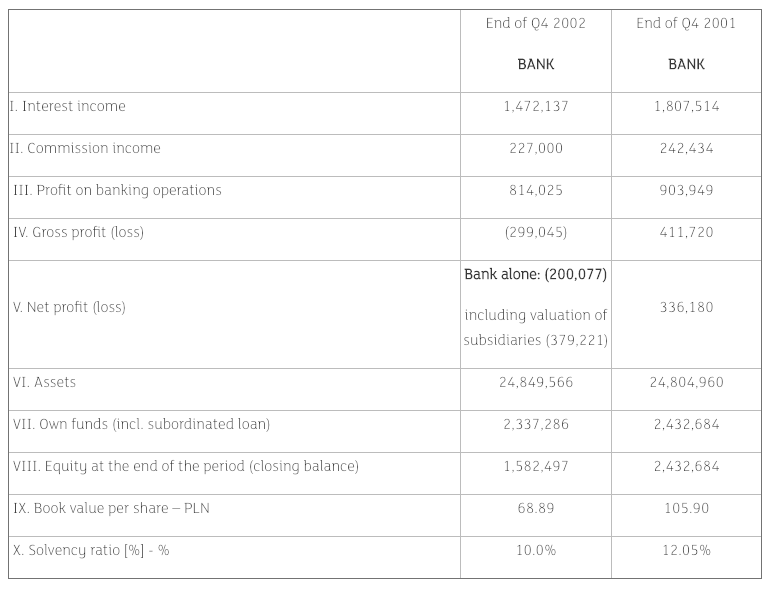