Q2 2003 was another period of successful measures taken by the BRE Bank Group to put the Bank back on the track of dynamic growth and profitability. Although the Polish economy did not yet display clear-cut signs of growth, the generated financial results were on the order of those achieved in the prosperous and profitable Q1 2003. The net financial result of the BRE Bank Group grew to PLN 55,175 thousand and total assets increased to nearly PLN 29 M at the end of Q2. BRE Bank is now the fourth largest listed bank in Poland in terms of total assets. 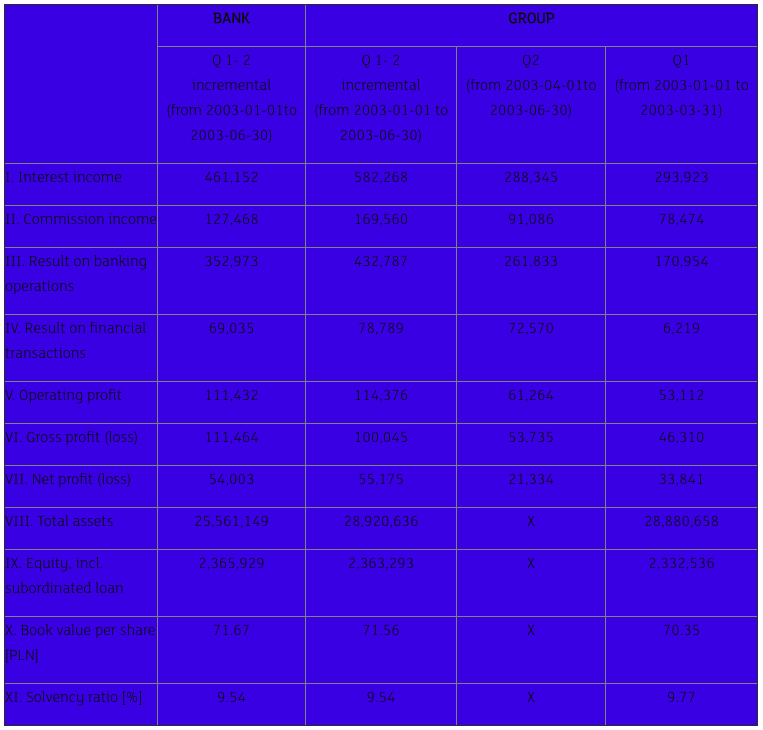