In 3Q 2003 BRE Bank once again proved that it had learned a lesson after the painful experience of 2002. In 3Q 2003 the Bank generated a profit on the order of PLN 13,4 million, exceeding market expectations and growing the BRE Bank Group’s incremental net profit to PLN 68.6 million. The total assets of the Group also grew to over PLN 29.5 billion; according to estimates, this helped the Bank to remain in a high fourth position among Polish listed banks. 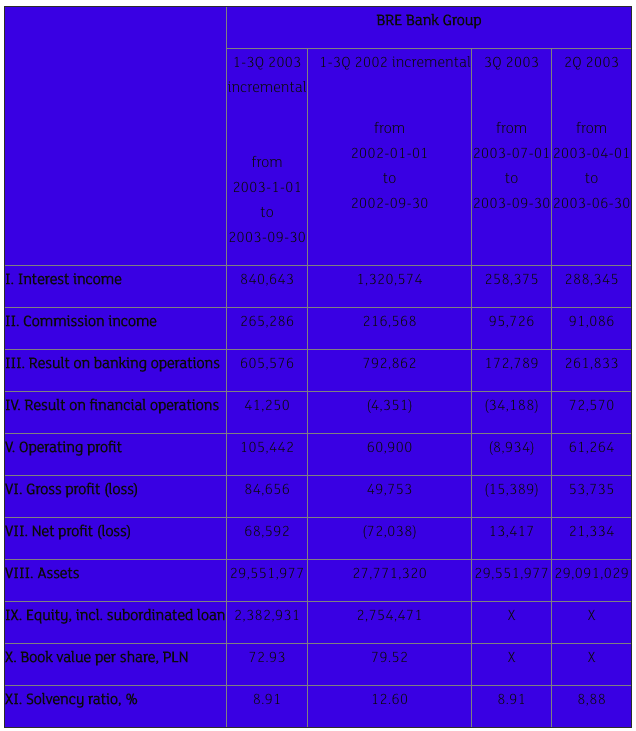